A series of eleven chapters, narrated as a Greek tragedy, but dealing with twenty-first century problems.

Tragedia endogonidia, directed by Italian artist Romeo Castellucci, is a unique play made up of 13 chapters, which was created over a period of three years (2001-2004) and evolves in several stages, called Episodes. Each Episode refers to a city, which gives its name to the chapter.

‘Endogonidic’ is a term that refers to living beings that have both masculine and feminine reproductive organs, meaning they can reproduce over and over again. ‘Tragedy’ is a word that relates to something that always has an ending. ‘Tragedia endogonidia’ is therefore a series of ideas, images and concepts that have been created in an individual space and which have organized themselves into a dramatic circle based on the model of Greek tragedy. This format, inherited from the past, is used to portray twentieth-century concerns that are both relatable and current. 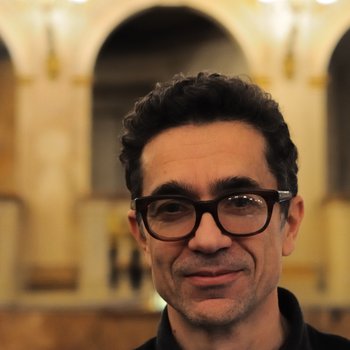 A holistic creator takes to the stage

Director and set, costume and lighting designer Romeo Castellucci is known worldwide for creating theater based on the arts as a whole, providing a complete vision of the work in question. His theater suggests something that voids the supremacy of literature, turning the stage into a complex form of art, made up of extraordinarily abundant images and expressed through understandable styles such as music, sculpture, painting and architecture. His productions have been put on at some of the world’s most important theaters. He has directed the theater section of the Venice Biennale and been an associated artist at the Festival d’Avignon and a guest director at the Berlin Schaubhüne. This year, he directed Don Giovanni by Mozart in Salzburg and premiered the play Bros in Lugano.