The ancient Chinchorro culture and its mortuary ritual are depicted in this performance including dance and theater, seeking to connect through the senses with the past of the Arica y Parinacota region.

Proyecto Chinchorro is a performance featuring dance and theater. It is based on the investigation of the mortuary rituals of the Chinchorro Mummies, the oldest in the world, recently declared a World Heritage Site by UNESCO.

The play created by Compañía Caudales and Colectivo Carnavalón uses the body as a vessel for creation and expression of their ancestors’ genetic memory, specifically those who inhabited the same territory as the creators do today.

Based on scientific evidence and on arising questionings, this production proposes a different look at the mortuary rituals. It aims to highlighting the mythical connection with death, the ancient knowledge of and relationship with the human body, and the connection of the Chinchorro with their natural environment. 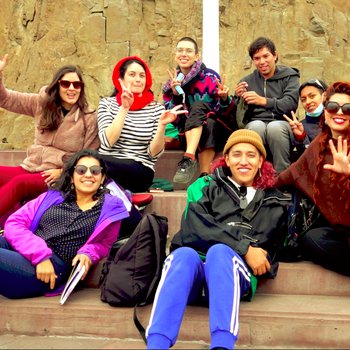 The company was formed in 2018 summoning professional dance and theater artists under the direction of choreographer and dancer Edgar Vargas Olivares. It dedicates its work to experimentation and collective creation around the concept of Suma Qamaña (“good living” in Aymara language), especially, in relationship with the territory. The plays Caudales, por el derecho al agua and Brotes, both created by Compañía Caudales, reflect this approach.

A community cultural organization that actively promotes art and artistic creation as a tool for social transformation in the district of Arica y Parinacota since 2013. Its main project is the International Community Meeting Carnavalón Teatral. In its eight versions, it has assembled artists and managers who wish to create a bond with the communities. The collective shares a common space with volunteers and audiences of the towns where their stages are installed, and currently they also have their own tent, Carpa Carnavalona.

Why you should watch Proyecto Chinchorro

—Because the creation is immersed in the culture of the Chinchorro Mummies -the oldest in the world-, declared a World Heritage Site by UNESCO. "With more than 3,000 years of age, well more than the famous Egyptian mummies, and located at the natural site where they were found", according to www.patrimonio.cl.

As this is a heritage topic of interest for the general audience, Proyecto Chinchorro can also be recommended from an educational point of view.

—Because the staging arises from aspects such as sounds and materials inherent to the territory -the same one inhabited by the Chinchorro-, based on the body as a subject of creation. The idea is that the audience will take a trip into the past, distancing themselves from the present and connecting with the natural environment, departing from the materials used on stage, such as costumes, make-up and props made of natural fibers.

—Check out the YouTube channels Carnavalón Teatral and Compañía Caudales: 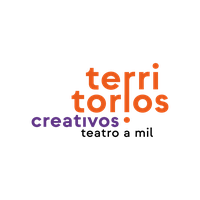