The mythical figure of García Lorca is brought to radio theater in a story told from the perspective of two of his neighbors and fictionalized by playwright Carla Zúñiga.

Nadie nunca va a llorar por mujeres como nosotras is a theatrical creation written by Carla Zúñiga and directed by Jesús Urqueta (Prefiero que me coman los perros). In it, Roxana Naranjo and Carolina Arredondo play a mother and daughter who tell the story of Bernarda Alba, their neighbor. Their opinions on what goes on in Bernarda’s house and family tell us more about their own world as females, revealing their prejudices, resentment and own personal desires. They don’t realize that their world is not so far removed from Bernarda’s and that her turbulent family relations are also mirrored in their own home. 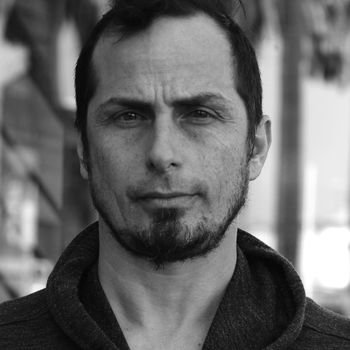 Behind today’s most acclaimed theater plays

This actor, academic and theater director is in charge of Teatro Versión Oficial, a company that deals with political issues and events from the last 40 years in Chile. With this group, he’s developed the project Chile: pentalogía teatral fragmentada del bicentenario, directing the productions H (honor), Ele (la oficina) and C (civil) and writing the last two. He’s also a renowned independent director, working on pieces like Taská (2013), Prefiero que me coman los perros (2017), Cuestión de principios (2018) and Arpeggione (2018), receiving the award for Best Theater Director from the Circle of Art Critics for the latter. 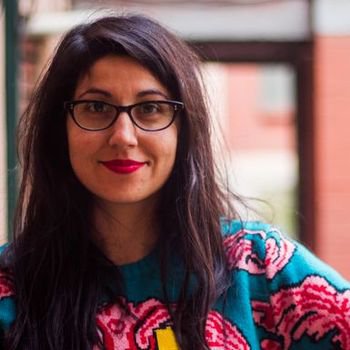 One of the most powerful voices in Chilean theater

Having studied as a playwright under Juan Radrigán, actress, director, playwright and teacher Carla Zúñiga (Chile, 1986) cofounded La Niña Horrible. She took part in the Royal Court Theater’s workshops in Latin America, an initiative run by the Teatro a Mil Foundation and institutions in Argentina and Uruguay. More than a dozen of her scripts have been premiered, consolidating her as one of the most interesting voices on the Chilean theater scene. Her texts laugh at prejudices, social climbing, discrimination and appearances in order to show the existence or breakdown of mediocrity in the current system.

Why you should see it

—It brings together two of the stars of Chilean theater today: playwright Carla Zúñiga and director Jesús Urqueta, who have worked together before on Prefiero que me coman los perros. The piece blends her biting, unprejudiced outlook with his directorial precision and careful staging in what is a winning combination every time.

—It’s a novel way of looking at Federico García Lorca’s key works, stripped down to the metaphor of a family in puritan and authoritarian Spain at the beginning of the century. It’s a contemporary take on the criticism of the patriarchy and gender issues that the original piece deals with.

Federico García Lorca: The most-read Spanish poet of all time was born in Fuentevaqueros in 1898 and belonged to the famous Generation of ’27. He mainly wrote poetry and theater, including world-famous pieces such as Bodas de sangre, Yerma and La casa de Bernarda Alba, as well as collections of poems that have become stalwarts of the Spanish language, such as Poeta en Nueva York and Romancero gitano. He was executed in 1936, at the beginning of the civil war.

The Spanish Civil War: The biggest war in Europe following the First World War, this conflict began in 1936, pitting two sides against each other for almost three years: the nationalists - led by General Francisco Franco - who aimed to overthrow the government and the republicans, who wanted to preserve democracy. On April 1, 1939, Franco was declared victorious and set up a dictatorship that lasted until his death in 1975. This conflict led to the death of more than 700,000 people, with around 400,000 going into exile - mainly to France - and 220,000 leaving Spain for good.

—Read an interview with Carla Zúñiga in La Segunda, in which she talks about writing plays during Covid and about streaming.

—Listen to the audiobook of La casa de Bernarda Alba, read by students from the Creative Writing and Literature degree course at the Claustro de Sor Juana University.

Written and directed by Daniel Veronese