A tragicomic documentary that might get one of the most emblematic street theater companies in the country into so much trouble that it could mean the end for them.

La Patogallina, an emblematic Chilean theater company with a career spanning more than 25 years, is waiting for the pandemic to end and theaters to open again so that it can put on a live performance of its new show.

In the meantime and in order to keep working, the company has accepted the challenge of making an audiovisual televised version of Shakespeare’s classic, Romeo and Juliet.

With the increase in popularity of cameras, this documentary is the record of a theatrical process that not only puts the company’s future but also that of theater and the film itself at risk.

That is not all though. Nada es como antes also looks into the reality of the performing arts in Chile and the uncertainty they face versus the momentum of a collective dream that appears to be fading into obscurity as a result of the pandemic.

One of the main artistic groups on the Chilean theater scene, with a career spanning 24 years, this company is dedicated to bringing back both popular and street theater. They have developed a highly energetic style involving acting, sound and visuals and usually tackle relevant topics related to Chile’s history. They have taken part in festivals in Europe, America and Asia and have staged unforgettable shows such as A sangre e pato (1996), El húsar de la muerte (2001) and Paloma ausente (2017).

La Copia Feliz was founded by filmmaker Sebastián Pereira. Their first feature film Los Iluminados was named Best Feature Film at the B_8 Chilean Film Festival and was also one of the nominees for Best Chilean Feature Film at the FicValdivia 2015, the FicIqq 2016, the FECILS 2016 and the Fecich 2017 Festivals. Pereira has worked as an actor and audiovisual producer for the La Laura Palmer theater company and was also invited to collaborate as an audiovisual producer on the theatrical productions of Un Enemigo del Pueblo by Colectivo Zoológico and La dictadura de lo cool by La Re-sentida. 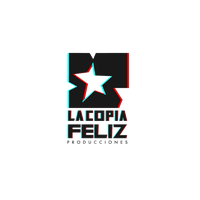