Pioneer of combining equestrian art, dance, music and theater and director of the Zíngaro Equestrian Theater in Paris, Bartabas decided to invite Sevillian choreographer and flamenco dance Andrés Marín to co-star in his new creation, Golgota- a piece inspired by the passion and death of Jesus Christ - in 2013. After Entre´Apercu and TheCentaurand the Animal - performed at the 2013 version of Santiago a Mil - the renowned French artist created this new show incorporating the contemporary flamenco of Andrés Marín. It’s a dialogue between man, animal, dance and the subdued music of sacred Renaissance composer Tomás Luis de Victoria that once again shows that flamenco has no borders and is a living art. 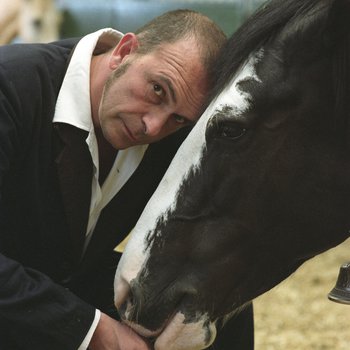 A pioneer of equestrian theater

Born as Clément Marty in Courbevoie, France in 1957, Bartabas is a multifaceted artist: a horseman, theater director, choreographer and theater creator. He’s one of the main driving forces behind equestrian theater, a discipline that combines dance, comedy and horses to create stories. He made his debut at the Avignon Festival in 1977 and founded his own company called the Zíngaro Equestrian Theater in 1985, with its own stage adapted especially for shows starring horses. Among the company’s main works, Cabaretecuestre (1984), Óperaecuestre (1991), Chimère (1994), Eclipse (1997), Triptyk (2000), Loungta (2003), Entr’apercu (2004), Batutta (2006), Darshan (2009), Calacas (2011) and Golgota (2013) particularly stand out. The captivating presence of a troupe of horses on stage is what all of them have in common. 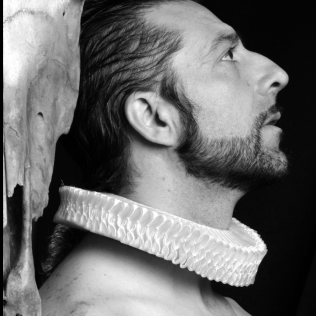 Born in Seville in 1969, he’s one of the most outstanding flamenco dancers on today’s scene, blending traditional flamenco with a contemporary esthetic in a style that he began cultivating from a young age under his father, his main teacher. He began his professional career in 1992, founding his own company ten years later. His creations have been welcomed onto the main European circuits - both in the flamenco genre as well as in contemporary dance - including the Maison de la Danse in Lyon, the Chaillot National Theater in Paris, Sadler´s Wells in London and at the Flamenco Biennale in Seville.

“The horses add another dimension,movingthroughascenery of death, greatness, beauty and power”.

Why you should watch Golgota

-It’s a chance to see Bartabas in action: he’s the star of the show, demonstrating all of his equestrian skill with the horses. “He has a magical intensity as he moves them through graceful circles, an elegant rising trot, or falls with them to the floor, in a slow-motion pietá”, says English newspaper The Guardian about his performance.

-It’s also a chance to see Andrés Marín, currently one of the most important flamenco dancers in Spain and Europe. He not only dances in this piece but also reveals his great chemistry with Bartabas’ horses.

Equestrian theater: North American researcher Kimberly Poppiti defines this genre as “plays written or performed with either one or several horses representing important actions or characters as a necessary part of the plot”. In these pieces, the horses are performers who act out the main scenes. Horses appeared in theater for the first time in the eighteenth century under pioneers such as horse rider Philip Astley. Using them involved circus elements and is still very popular in the United States today. 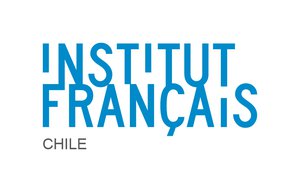 By Bartabas – The Zíngaro Equestrian Theater

By Crystal Pite and Jonathon Young