Warning This performance involves an open casting call to bring together 100 guitarists, directed by Álvaro Henríquez.

A free concert directed by Álvaro Henríquez and with the participation of 100 guitarists, paying tribute to the great musician, singer-songwriter and folklorist Roberto Parra.

Directed by Chilean musician Álvaro Henríquez, this tribute aims to commemorate the hundred-year anniversary of the birth of Roberto Parra, a renowned Chilean composer, musician and folklorist. In his memory, Henríquez, his star pupil and heir to his musical legacy, directs a free celebratory concert called 100 guitarras por Roberto Parra.

To do so, he brings together 100 guitarists to play some classic huachaca jazz, in an event open to the public and in collaboration with the Teatro a Mil Foundation. The casting call, which aims to raise awareness of and highlight the importance of Roberto Parra’s outstanding work, is aimed at guitarists who will take part in a day of rehearsals and in recording one of the most emblematic sounds of Chilean folklore.

Performed outside and in public, this concert is part of the inauguration of the 2022 Santiago a Mil Festival. 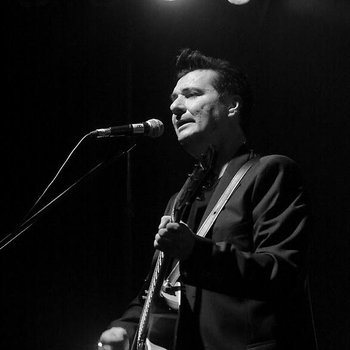 Keeping the memory of the master alive

A singer, guitarist and composer, he is considered one of the most important and influential figures in popular music in Chile. Lead singer of the bands Los Tres and Los Pettinellis, he has also worked as a producer and soloist.

A fan of rock from the very beginning, his interest in reconstructing Chilean musical heritage also stands out. His research into its folkloric roots is reflected in the fact that he was the one of Roberto Parra’s star pupils and by his inclusion of cueca dances in his records and concerts.

Belonging to the iconic Parra family, Roberto is one of the greats of Chilean huachaca culture. From the composition of the ten-line stanzas for La Negra Ester to performing in the Peña de los Parra group, the influence of this musician and composer on Chilean culture cannot be ignored.

Creator of the first cuecas choras dances and of huachaca jazz, he had a specific influence on how folklore and tradition is understood in Chile, always challenging the conservative rules of ‘high-brow culture’.

- It is a unique event in honor of one of the main figures in Chilean folklore, Roberto Parra. A whole new generation of Chilean guitarists chosen from the casting call will revive his legacy.

- Its multiplatform format means everyone can be part of this experience. As well as being live and free, it will also be broadcast live on different Teatro a Mil Foundation and Los Tres platforms.

- It is a way of finding out more about and appreciating one of the most important figures in the world of Chilean music. Creator of the cueca brava style of dance and a whole new wave that questioned everything that was traditional, his style is still the basis of the work of several Chilean artists today.

Huachaca jazz: Associated with musician Roberto Parra, this term was coined by his brother, Nicanor and is a style attributed exclusively to this Chilean composer and musician. It takes elements of European jazz and mixes them with popular Chilean and Latin American music, such as cueca, tangos, boleros and ballads.

Press articles about the show (in Spanish):